I'm trying to install the fujitsu-usb-touchscreen drivers from here, on Kubuntu 12.04 on my new Fujitsu LifeBook P1630. (See fujitsu-usb-touchscreen on kubuntu 13.04 (64-bit) on P1630: `make` errors.) I downloaded the .zip file, unzipped it, and ran make in the directory thus created; this all worked as expected. However, when I run sudo checkinstall (which invokes make install), things go less well. On the first attempt the installation aborted with the following error:

I eventually resolved this by

But although a second sudo checkinstall then does not give the execvp error, it still fails at a later stage, and the log (on stdout) shows this dpkg error:

And, indeed, there is no /sys/module/fujitsu/usb/touchscreen/parameters/touch_maxy; there is, however, /sys/module/fujitsu_usb_touchscreen/parameters/touch_maxy, and this is presumably what was intended. But this incorrect filename does not appear in the makefile or any other file in the directory, at least not that I can find. Nor does it appear, as I discovered after running sudo checkinstall --install=no as suggested below, in the .deb package created by checkinstall.

Where might such a typographical error be originating, and how would I go about fixing it?

Edited to add: I'm viewing the contents of the .deb file with ark, Kubuntu's default tool. It contains only three files: control.tar.gz, data.tar.gz, and debian-binary. data.tar.gz contains the directory tree that appears to match up to the usual root filesystem, with /etc, /lib, /sys, and /usr directories. (Looking at other .deb files on my system, this structure appears to be typical.) Here's a screenshot: 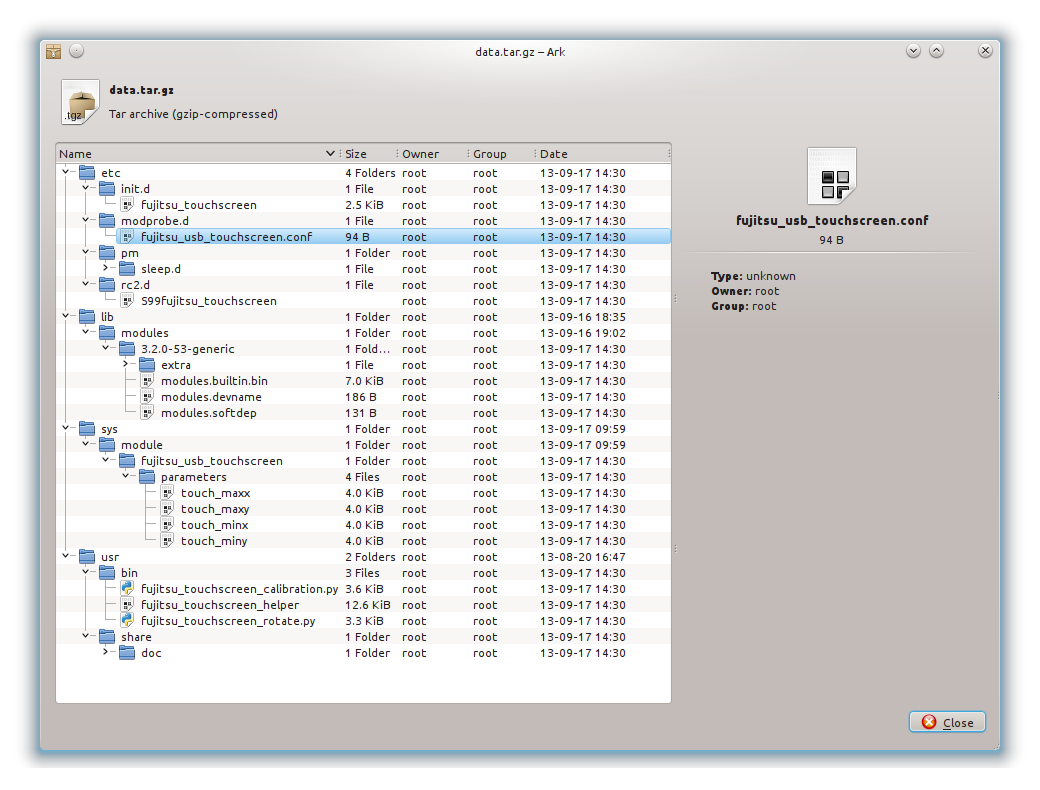 Here's another screenshot showing that control.tar.gz contains three files, one of which is empty: 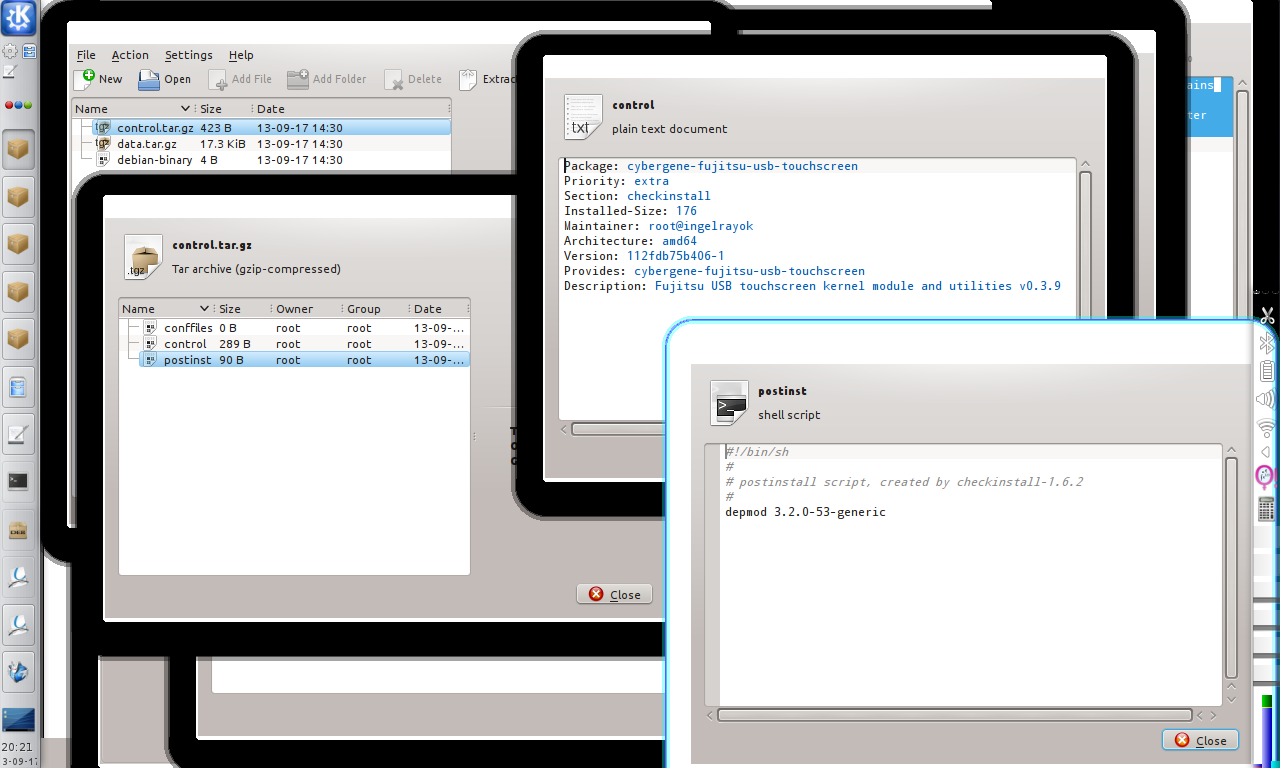 After reinstalling Kubuntu 12.04 again, this time recreating the /home partition (which, again, had been generated during an install of 13.04), I can no longer reproduce this error. I am still curious to know how the underscores got changed to slashes, but it looks as though nobody has any idea. It is perhaps also of interest to note that while I have still not successfully run checkinstall against this package, I have done make install; it requires the executabilization of /etc/init.d/fujitsu_touchscreen and the installation of hal, and the GUI freezes shortly after installation completes, and there is no particular new functionality afterwards that I have noticed, and the system can no longer resume from being suspended; however, this will be pursued elsewhere.