I am trying to install Ubuntu alongside Windows 8.

I have a laptop that has been through various dual-boot configs. At one point, I was only running Linux Mint. Eventually, I wanted Windows 8 back to run Visual Studio. I decided to complete remove everything, and reinstall Win8. Now, I am wanting to install Ubuntu alongside Windows to learn a thing or two about Hadoop.

I have disabled Secure and Fast boot. Actually, Secure boot isn't even an option – I happened to install Windows 8 from a USB created by Windows 7 Live USB Creator Tool. Silly mistake on my part, it doesn't create USBs that are UEFI capable. Legacy/CSM works just fine though. Do note, however, that if you are doing the same – you must delete the EFI directory from the LiveUSB you are installing Ubuntu from. Otherwise, you will end up with Windows for CSM boot mode and Ubuntu for UEFI boot mode.

Either way, upon install – No other OS is found. Not to worry, I've been here before and created partitions. However, my next screen disturbing: 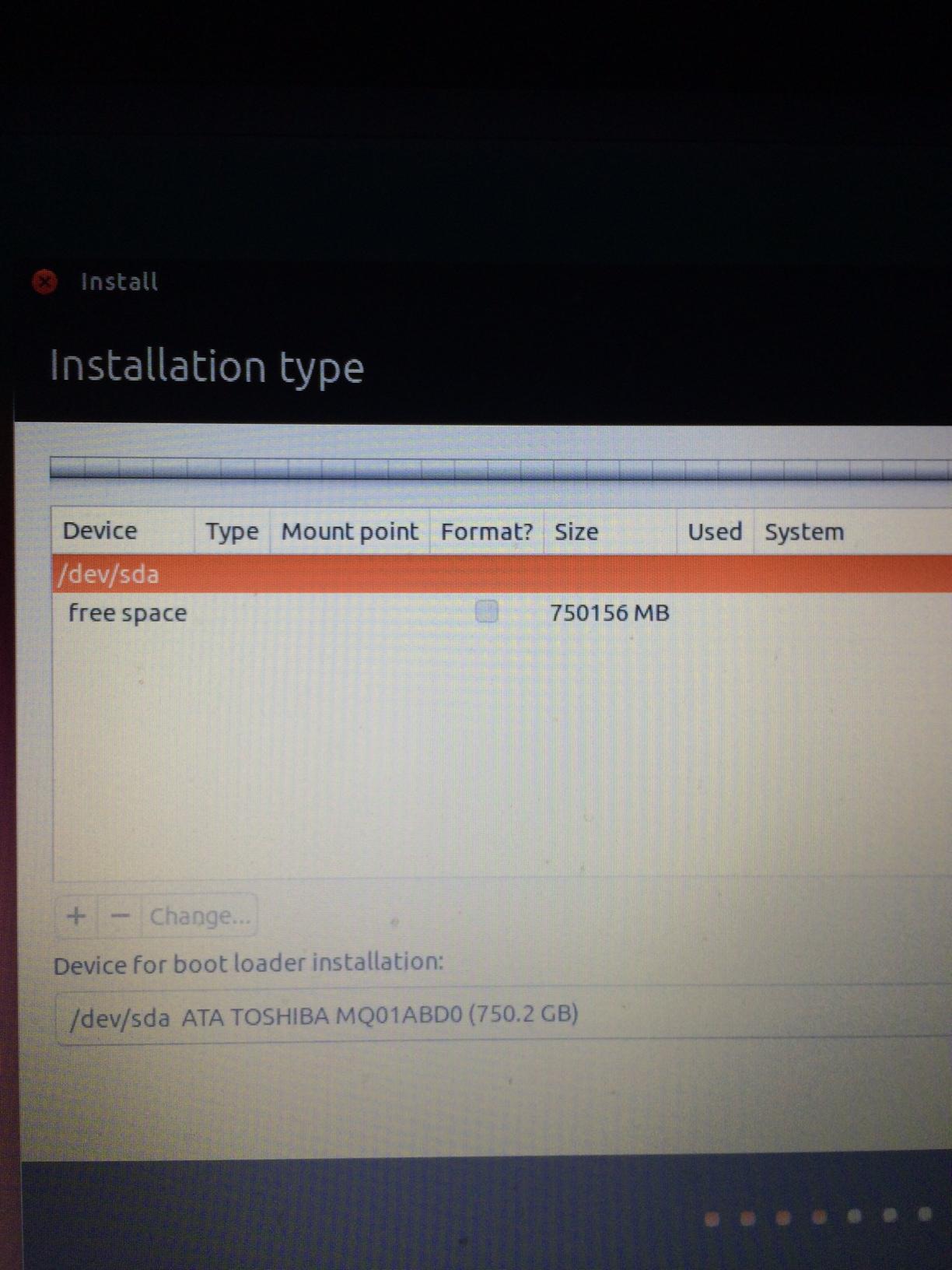 Basically, the partition that I set aside for Ubuntu isn't found and all it recognizes is that there's a single hard drive waiting to run amok on. Help?

Output is the same for both Yes and No.

Note There was 300GB/750GB partitioned, using Windows Disk Management, which I plan to put Ubuntu on. The command sudo parted -l is displaying info on the Windows partition.

The solution is here

And the exact steps it took to get my partitions to be recognized again are as follows...

Opened GParted, no Warning message about GPT signatures and my partitions are recognized :)

Thanks all for your time and advice