I look thoroughly and I saw that this kind of question was not solved before in the AskUbuntu community.
My problem is pretty simple and am sure a lot of Ubuntu users have it:

Having the same size full hd monitors works flawlessly, but I have a laptop that has 4K display and a monitor that has 2560×1080 resolution (21:9) and I cannot use the second monitor because everything is scaled and zoomed. Here are some screenshots of my settings (am using Ubuntu 20.04.1 LTS): 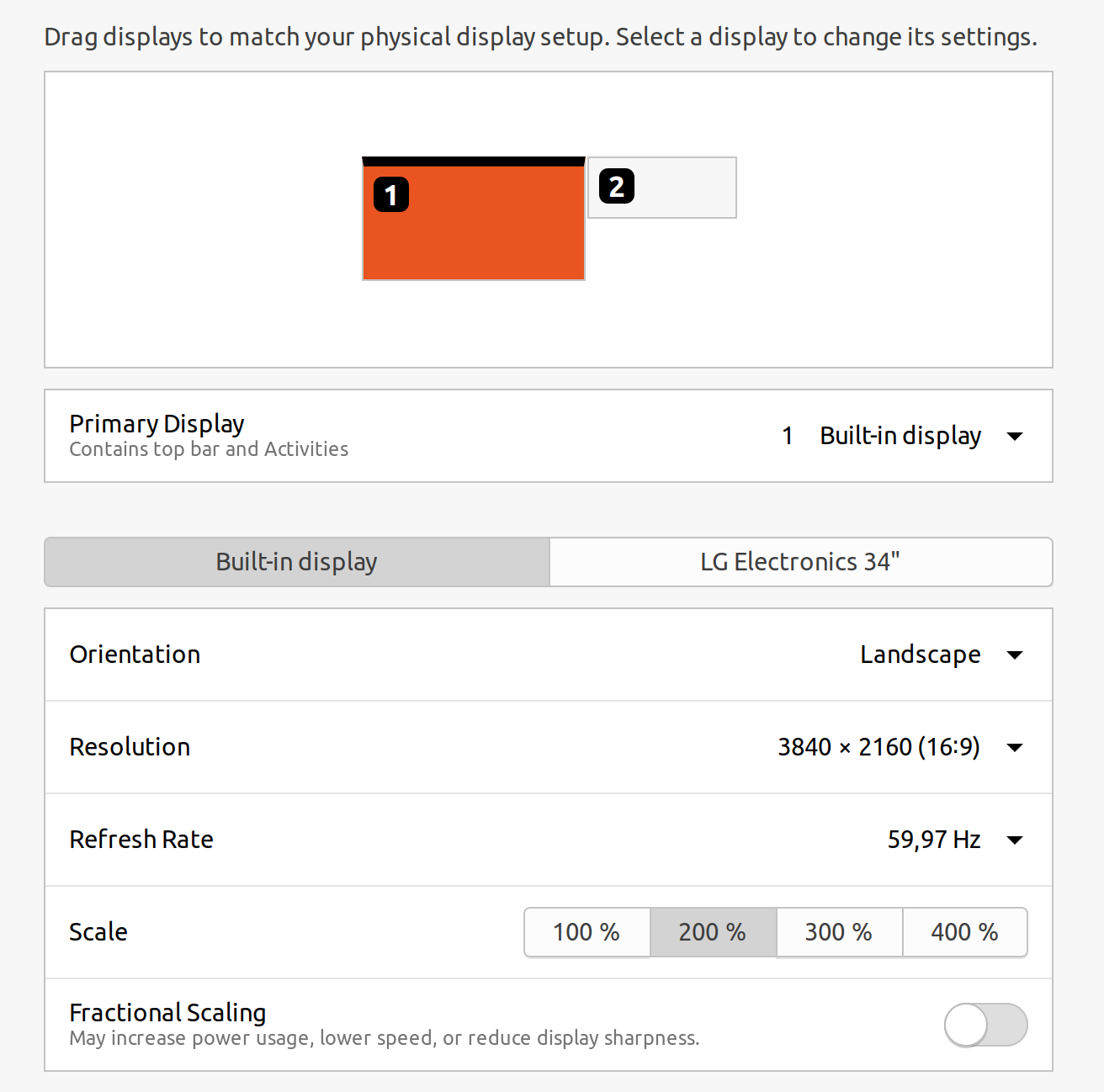 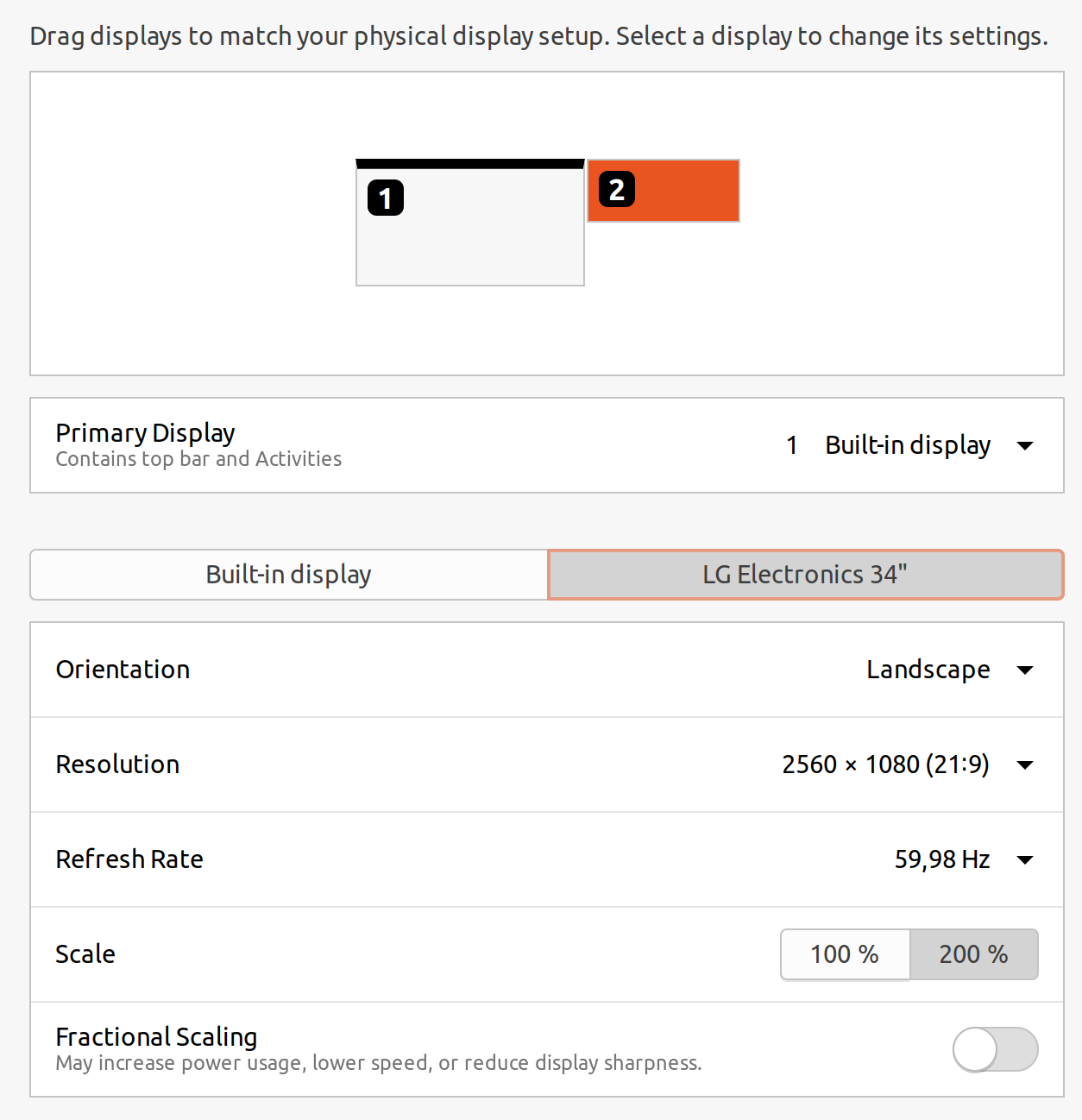 Enabling "Fractional Scaling" does not work as expected – the scaling on the second monitor (2560×1080) is kind of blurry and my PC is lagging, the mouse is blinking and so on. Just for information, I have i7 9750H, 16gb of ram and dedicated gtx 1650 gpu, but it seems that the PC starts to lag a log as soon as I enable "Fractional Scaling".

I found an article that might help me: https://techknowfile.dev/using-a-hidpi-monitor-with-a-low-resolution-external-monitor-ubuntu-i3/ but because I have played with xrandr before and messed up stuff so badly without understanding them I decided to call for help here.

I would be really grateful if you help me solve this problem. This should help many other users as well, having a similar problem.