Yesterday, I installed the latest Emacs 24.4-1 from its official site by compiling its source code, because the one in repository is older.

I am not clear about what it says. Does it ask me to replace my self-installed newer version of emacs with the older version in ubuntu repository?
What shall I choose to do?

There are also other emacs-related packages. Shall I install them?

Can I ask the software update not to notify me to replace my newer version self-installed software with the old ones in repository? 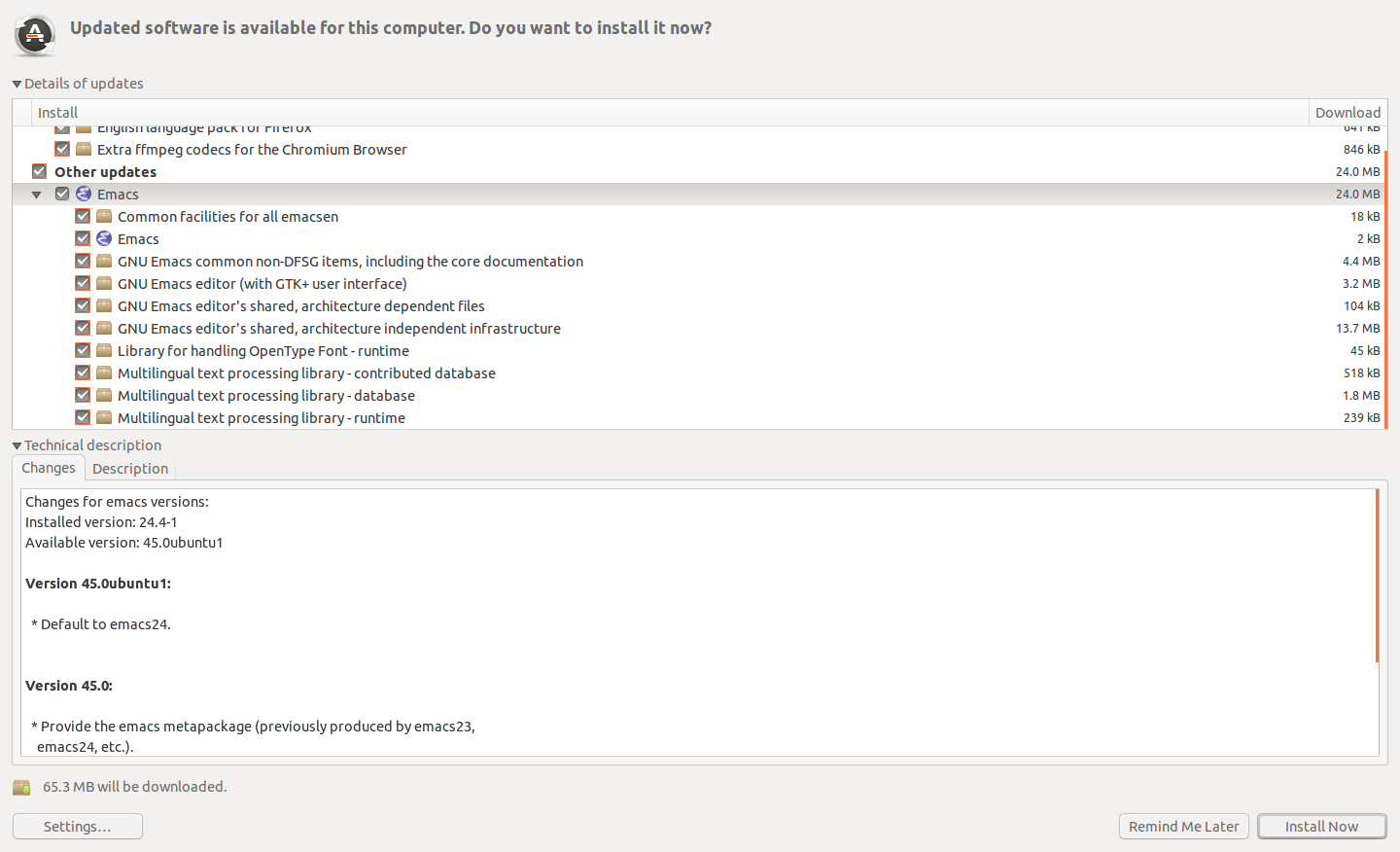 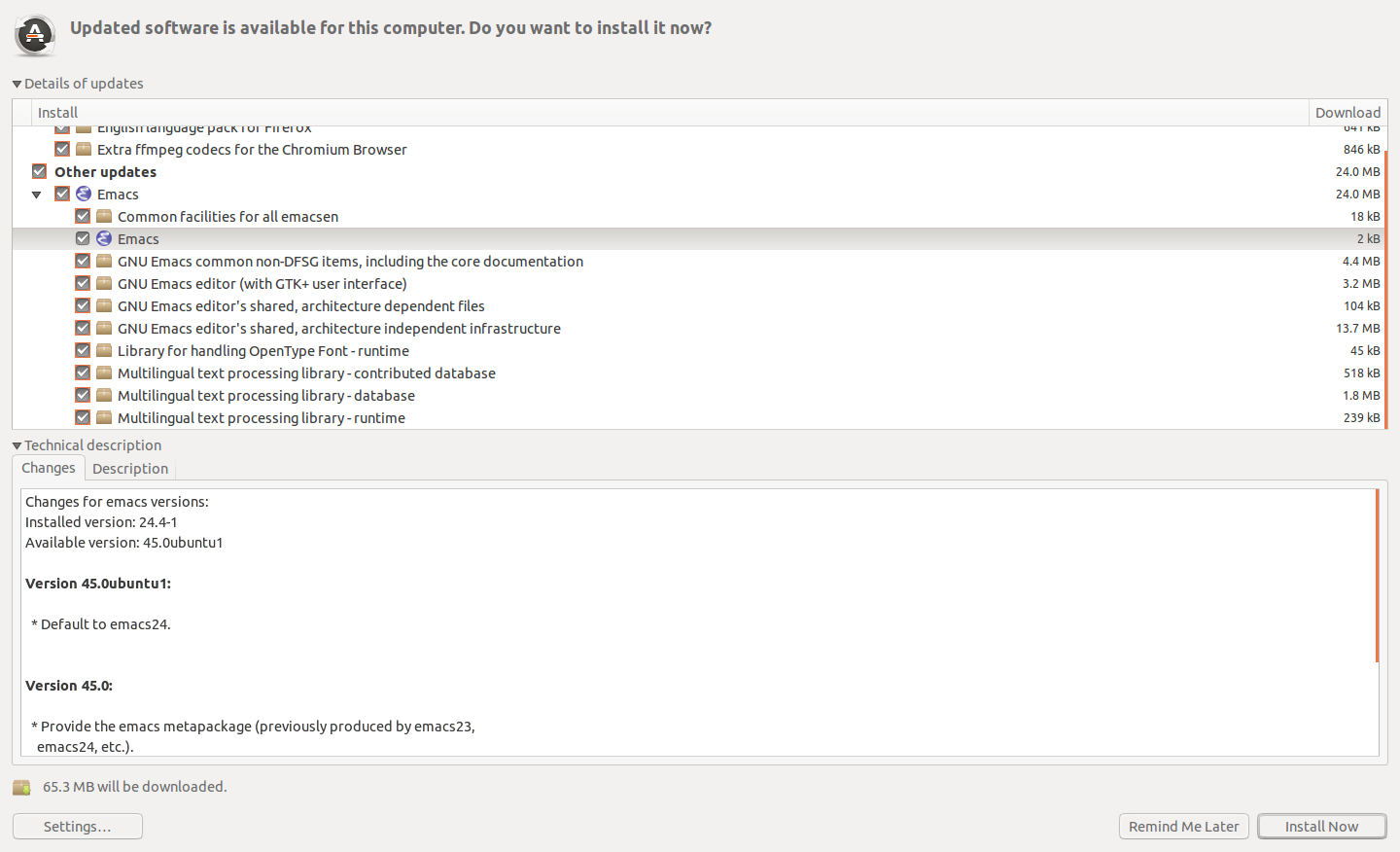 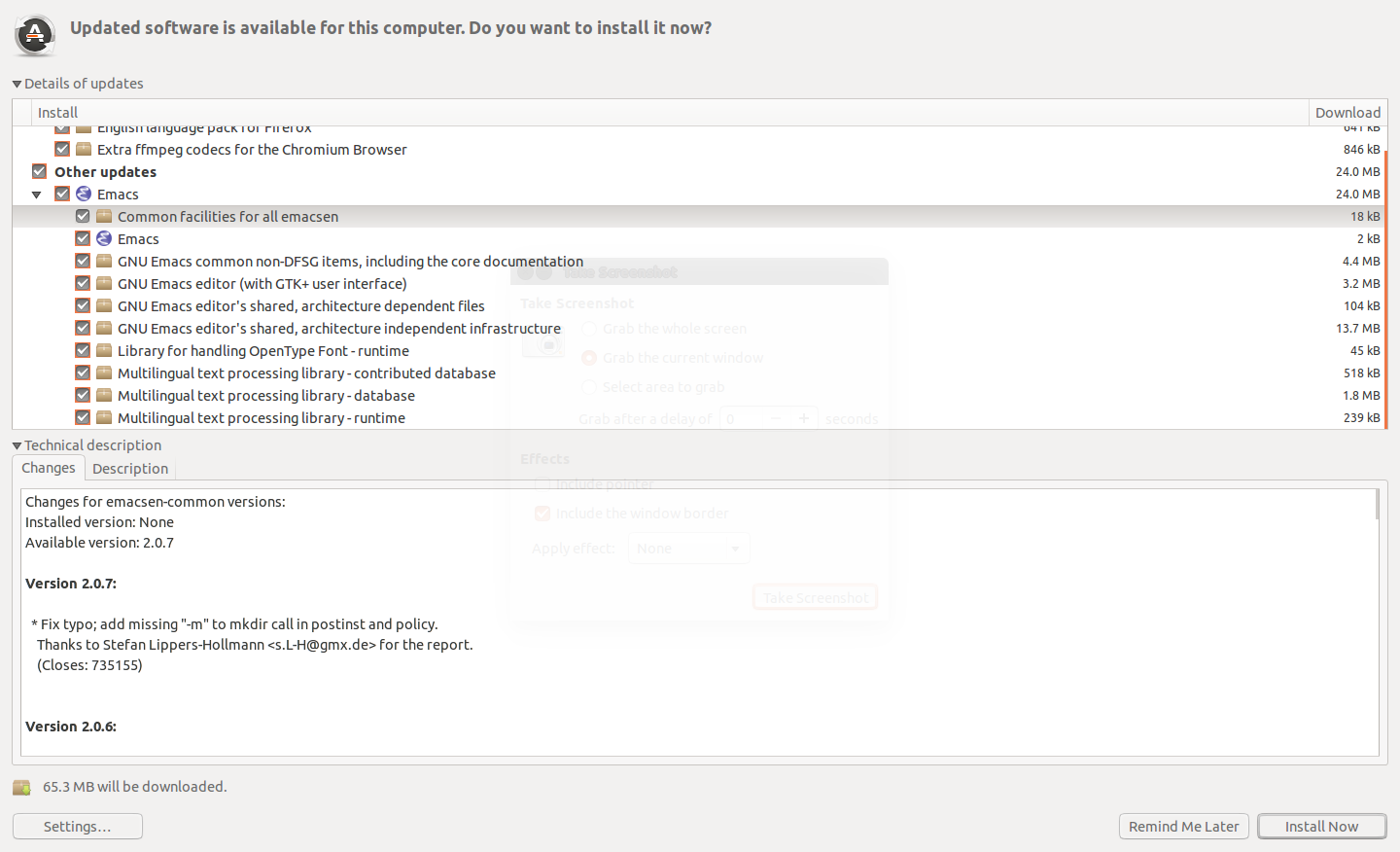 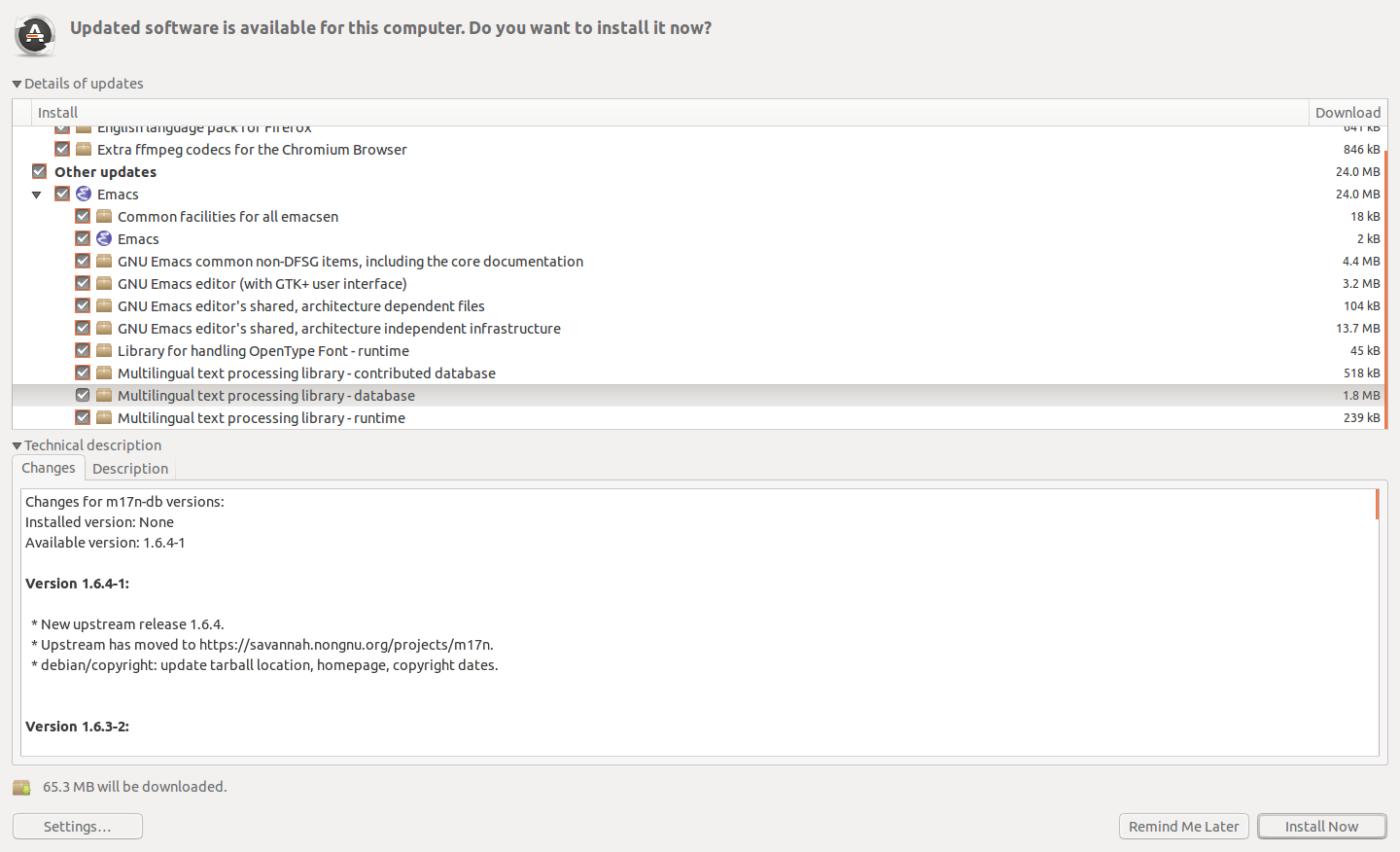 In recent versions of Ubuntu there is no longer any difficulty in updating the latest stable version of emacs. If you install the emacs snap package it will be updated automatically in the background. In all currently supported versions of Ubuntu open the terminal and type:

Snap packages have been installable in Ubuntu since Ubuntu 14.04 if snapd is installed using sudo apt install snapd. In Ubuntu 16.04 and later the snapd package is installed by default.

Similarly you can install the latest versions of many other common applications by searching for their snap packages in the Software app. An example is this question: New to Linux, trying to install FFmpeg but missing dependencies from LibaV where installing the ffmpeg snap package which has no dependencies resolved a The following packages have unmet dependencies: error message that occurred when trying to install ffmpeg with sudo apt install ffmpeg.