I'm running Ubuntu 11.10 on my hand-built tower (important specs: Intel Core 2 Duo 3 GHz, 8GB of RAM, NVidia GeForce 8800 GTS with 640 MB of video RAM). It's a bit of a weird setup because I installed Wubi to my hard drive containing Windows XP and then later installed Windows 7 to a different drive, but that's neither here or there.

The last time I booted into Ubuntu, which was probably a few days ago, Unity 3D worked just fine. A little slow, but fine nonetheless. Today I boot up, and Unity doesn't want to work at all. The top bar turned into rainbow glitchiness if I tried to do anything, the dock bar would not do anything, and the whole thing was insanely unresponsive.

I'm not entirely sure what the problem could be. Windows 7 felt the need to run CHKDSK completely out of the blue recently, but since it only scanned C: and Wubi isn't installed at what Windows 7 thinks of as C:, I find it hard to think it's that. (The last time CHKDSK ran on a computer I owned, it was on a Dell laptop trying to fix a defective hard drive, and it caused more damage than it fixed. So I'm suspicious of CHKDSK.) I can't think of any major updates that occured recently that could lead to this.

Thankfully, Unity 2D still works, so I'm not completely locked out. I was using NVidia's proprietary drivers (the one marked "recommended", whichever one that may be), and they worked fine until recently. Any ideas what I could do?

Don't just apt-get remove video drivers. It leads to this situation. What you should do is remove them with additional drivers aka jockey-gtk: 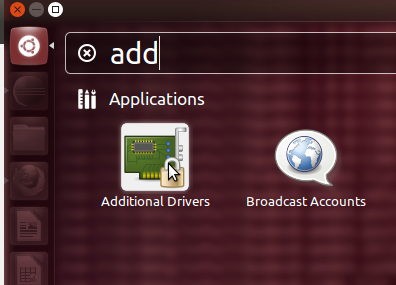 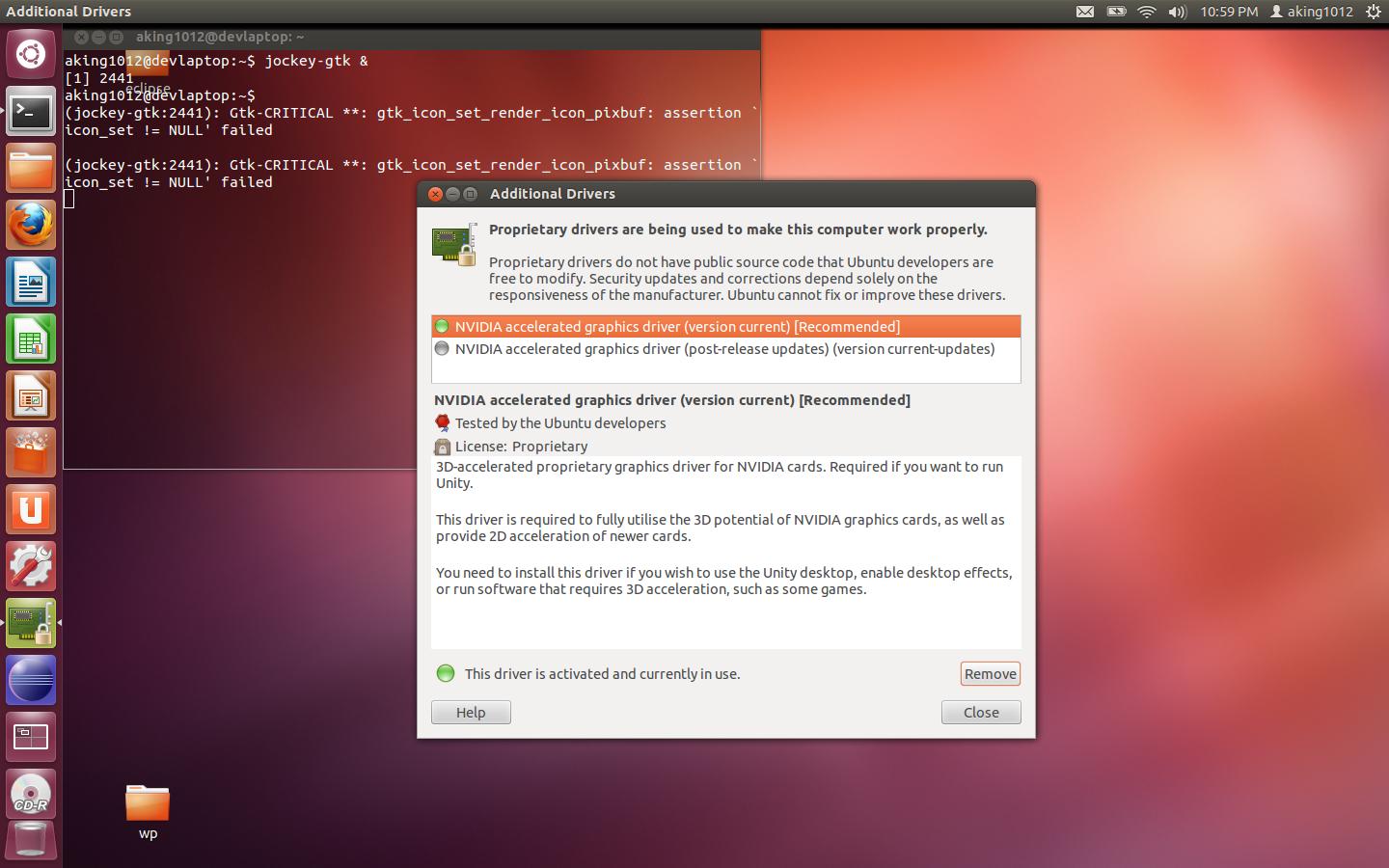 Click remove and it will toggle to noveau for you