Just below the What's New section there is a Recommended For You section.

Currently I don't have it enabled, but other than the list of software, what data does it take about what you have installed? 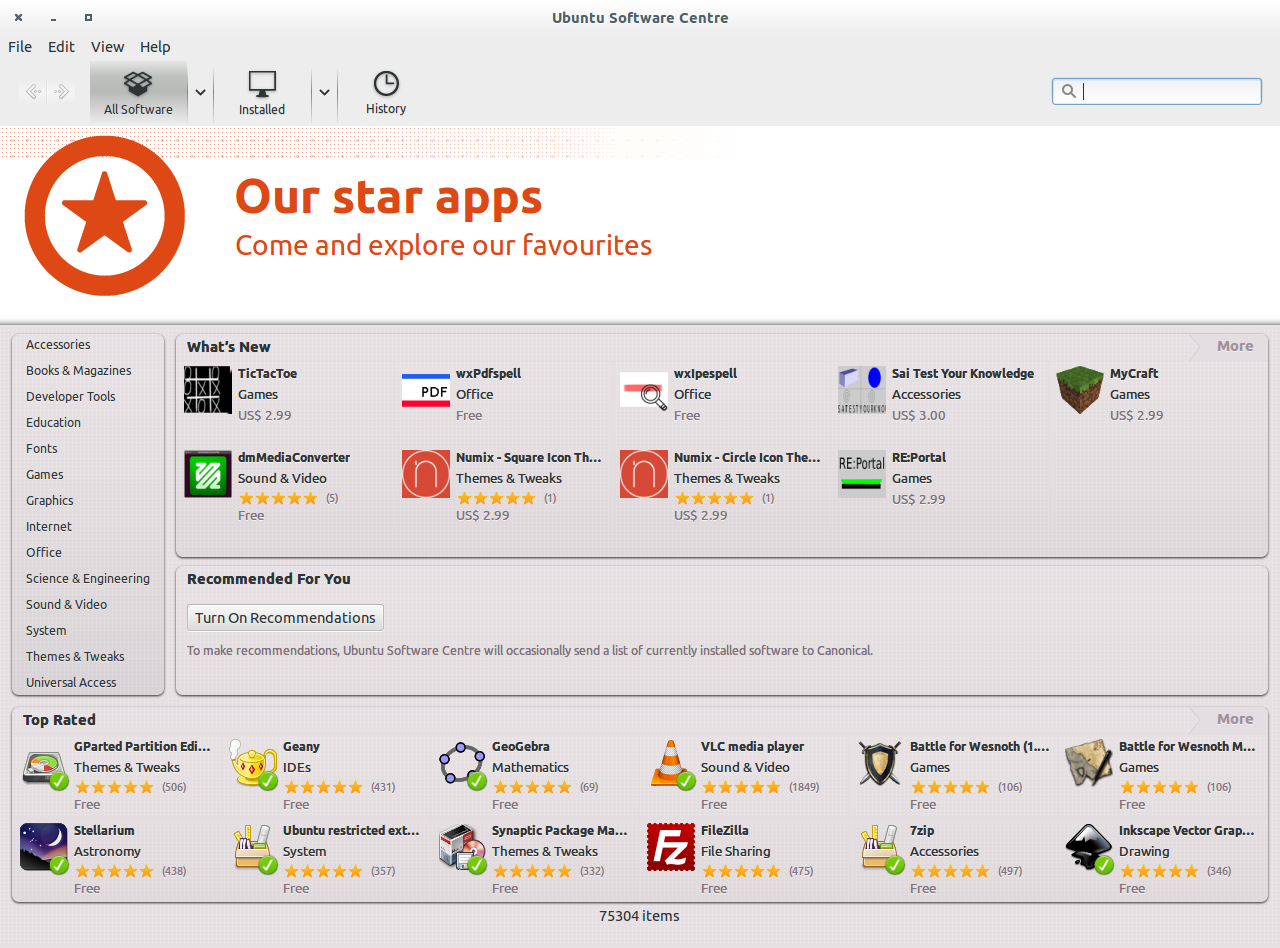 APT, or Advanced Packaging Tool, basically resolves dependency problems and retrieves the requested packages. It works with dpkg, another tool, which handles the actual installation and removal of packages (applications). APT is very powerful, and is primarily used on the command line (console/terminal). There are, however, many GUI/Graphical tools to let you use APT without having to touch the command line.

Synaptic is one of the GUI/Graphical tools to use APT. This is what Synaptic Package Manager's website has to say about the same -

Synaptic is a graphical package management program for apt. It provides the same features as the apt-get command line utility with a GUI front-end based on Gtk+.

So basically both Synaptic and the Terminal do the same thing, ie use APT, with a different interface (GUI and CLI respectively).

Data we can use

The current data we have about people we have is:

The data we have about the users system is:

Now what is funny about this is the use of the word maybe which makes things a bit sketchy.

The server stores the list of each participant's installed packages, and a cache of the recommendations generated for them.

When sent a request containing the UUID, the server returns a Json list of packages representing the recommendations for that UUID.

There will be a REST API call that involves the UUID and that will return the recommendations in some format that s-c can understand.

Ultimately, the Software Center is also a GUI/Graphical tool for APT.

However, a few of the points you have raised come under the category of Unresolved Issues and no information is given as to how the recommendations exactly work, ie the algorithm.

It is best to contact the developer(s) or the team at Canonical who have designed the software center recommendations for the most accurate answer.