I just installed my first Ubuntu Server (12.04) instance and immediately ran into the following problems:

When I run apt-get I get 50+ of the following errors:

I read up on this error for 12.04, and found some similar posts on this forum and on server fault that recommended going into /etc/resolv.conf and adding an entry:

To my surprise, I found that /etc/resolv.conf was a symlink pointing to somewhere else and I had to delete it first, then create a new one with the entry indicated above.

How do I start diagnosing the problem (I'm a relatively new Linux/Ubuntu user)?

Additional details that may help:

Thanks in advance for any pointers!

Here is a snapshot of my VM's Network settings (only Adapter 1 has any information populating its fields, so I assume my VM has only 1 adapter): 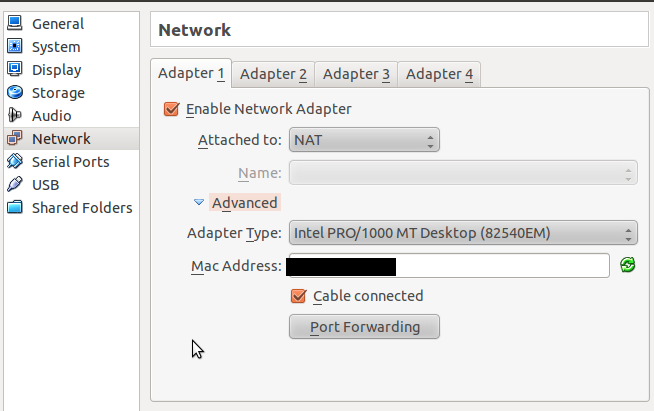 Here is the output when I run ifconfig from the terminal: 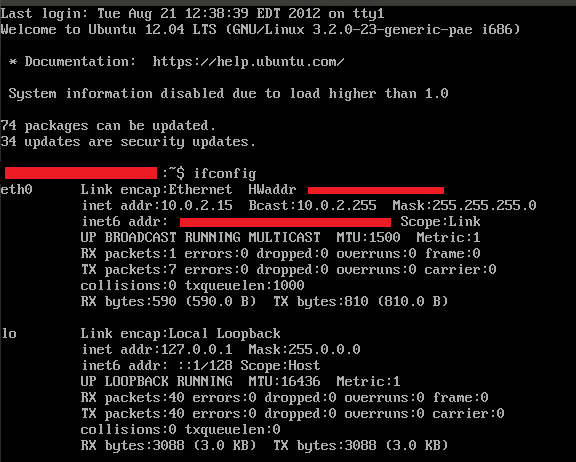 And here is the output when I run route from the terminal: