This script works perfectly when I launch it manually. How can I get it to run on startup? The function of the script is to get Docky to auto relaunch in the case of a crash.

Pasted in the following (found it on Ask Ubuntu):

Now, when I run it like this, it works perfectly:

However, when I add the following to startup applications, that does not make the script launch on startup. Well, maybe it does, but the script doesn't work. 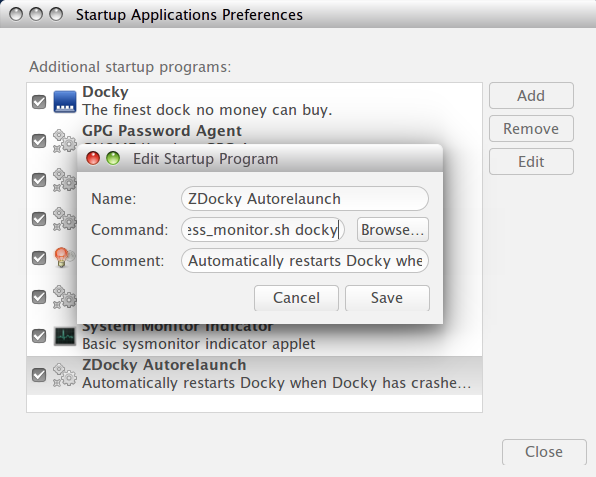 Basically there's some sort of graphical element that flashes on the screen for half a second, but no other sign of the script to be seen, and Docky does not relaunch if it's killed.

How to make this work? I'm sure it's extremely basic.